Building Trades members, leaders and allies urge a “No” vote on Prop. 6.

“The infrastructure of tomorrow, we’ve got to build today,” Hunter said. “I believe California wants a better way of life. We will do it ourselves with SB 1.”

Brown spoke in the old ticketing concourse of Union Station, which is now used by about 100,000 commuters per day and is planned to expand.

Brown said, “To build our roads, to fix our bridges, to make sure our trains run on time—that’s why we’re here at this great station. The people that built this had a vision and visions aren’t free.”

Hunter noted that much of today’s infrastructure comes from previous eras.

“You drive by some of these bridges in Los Angeles and you can see the stamp on the side from when they were built: 1939, 1941,” Hunter said. “The Building Trades built the Hoover Dam, built the Golden Gate Bridge. Now we need to move forward and build again.” 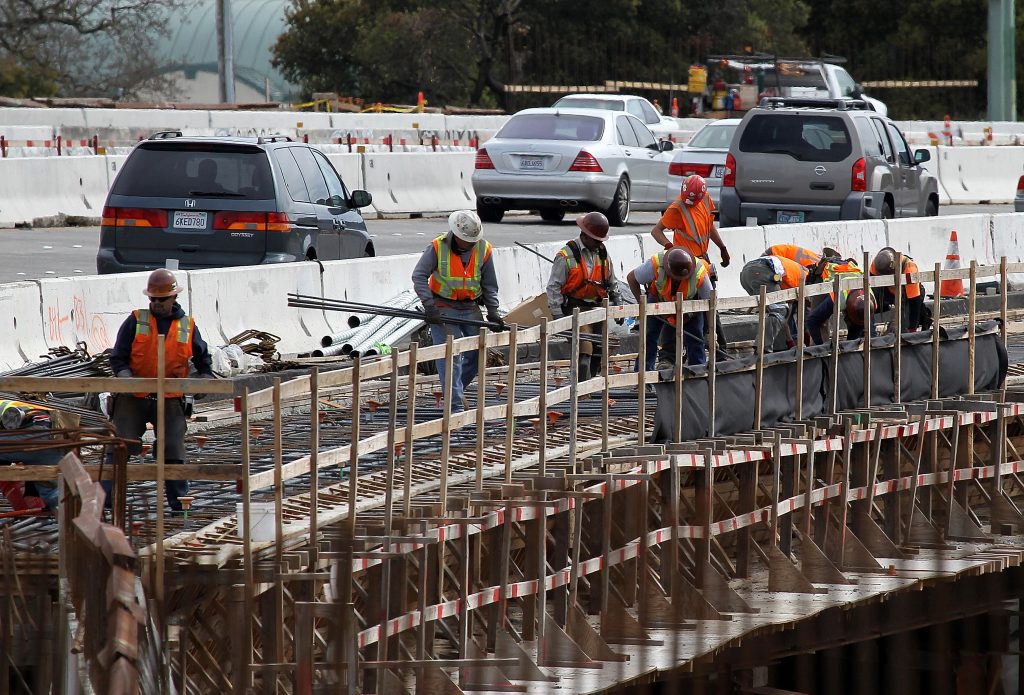 SB 1 generates almost $6 billion a year, and much of the funds will go to LA and Orange Counties.

Before the conference, California Transportation Commission, Metro and other public agencies announced SB 1 disbursements of more than $1.2 billion for transportation projects in Southern California.

More than 6,500 projects are now under way, with work being performed by Building Trades local affiliated unions.

“The path to a more sustainable, resilient tomorrow runs through our investments in infrastructure today,” Garcetti said.

Senate Bill 1, passed in 2017, represents one of the largest funding initiatives ever for Building Trades construction projects.

“When other interests were attacking the unions, we were running top-notch training programs.”

Miller said Trades mobilization will help defeat Prop. 6. “We’re on the right side, we’re willing to put our money where our mouth is, and put the boots on the ground.”

Proposition 69, which passed June 5, requires that revenues generated by SB 1 be used only for transportation purposes

Ernesto Medrano, Orange County Representative for the Building Trades, said Prop. 69 takes away one of the main arguments the opposition has claimed about SB1.

“There’s always been this misconception, with critics alleging that funding will go for other measures,” Medrano said. “Prop. 69 secures the funding for what it was intended to begin with.”