BUENA PARK—After rank-and-file union members took the podium in their orange working vests to explain the value of  Community Workforce Agreements for themselves, their communities and future generations of craftspeople, the Buena Park City Council on March 8 unanimously approved that city’s first ongoing partnership with the Building Trades.

The five-year agreement between the city and the Los Angeles/Orange Counties Building and Construction Trades Council broke new ground. Its rules, including those pertaining to hiring and settling labor grievances, for the first time will apply to private construction projects in the city that receive any government funding, in addition to public projects awarded directly by the city.

Councilman Connor Traut predicted with this upgrade, the city’s pioneering CWA “will set the standard for these types of agreements.”

The new 3.2-acre Whitaker Park is planned to be built under the CWA.

Like other CWAs, the Buena Park agreement targets the hiring of military veterans, graduates of union apprenticeship-readiness programs and residents of the city and surrounding communities.

Advocates told the council that the agreement will be life changing for young people who can start on a path to a middle-class career through Building Trades apprenticeship.

Buena Park stands to benefit from well-trained workers who can deliver projects safely, on time and on or under budget, with well-paying jobs allowing residents to patronize local businesses and grow the tax base.

“The goal here was to find a partnership that was mutual to serve the residents and constituents in Buena Park and also to support the men and women of the Building Trades,” said Ernesto Medrano, Orange County representative for the LA/OC Building Trades. 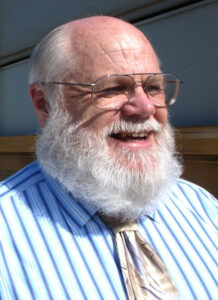 Before voting, City Council members said they were deeply moved by the turnout and testimony of about 55 journeymen and apprentices, members of the 48 local unions and district councils that compose the LA/OC Building Trades.

“Few things have inspired me as much as all of you standing here tonight, taking time out of your personal lives,” said Councilwoman Susan Sonne.

She said it was clear “how much this means to you because you know this is not just for today, not just for tomorrow. It’s your future; it’s your children’s future.”

“This is about more than just building buildings. It is also about building community,” said Alfonso Ruiz, a member of Heat and Frost Insulators Local 5. 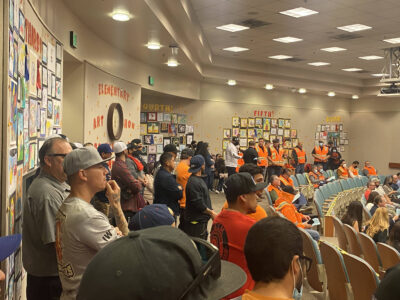 After a long day at work, union members turn out to support more good jobs in Buena Park.

Robert Sage, an Army veteran from Huntington Beach, said as an Iron Workers Local 433 apprentice, he is pleased to see that unions take the same care as the military to teach each member exactly how to do a job.

“It is like clockwork,” he said. For him, working close to home in Buena Park “would be awesome” because he could show his daughter with pride the projects that he helped build.

Ernesto Villa-Fuentes, a resident of Anaheim and organizer for Iron Workers Local 433, recalled how he became homeless after serving in the military. Then he joined the union and got certified in welding. “The union overnight gave me a road to stand on,” he said, noting that in 2020, he was able to buy a house. When he was living in shelters, he said, “I never thought I would be a homeowner.”

Traut drew applause multiple times as he moved for the City Council to vote for the CWA. “We are going to be encompassing a reality where workers aren’t cheated, where local residents are earning a livable wage, where projects are completed on time and under budget and where safety is a tenet learned and incorporated, above all with the Trades,” he said.

“We know that CWAs work,” Traut added. He cited as proof the track record of a CWA adopted when he served on the board of the Centralia Elementary School District. It was recently renewed. Every project was completed on time and at or under budget, with a local hire rate of about 64 percent, beating the 30 percent goal.

The CWA will apply to projects awarded after June 30, the beginning of the budget year, giving the city time to hire contract staff to monitor and enforce the agreement.