Due to open in 2021, the structure is being built under a Project Labor Agreement with the LA/Orange Counties Building and Construction Trades Council. General contractor Hathaway Dinwiddie broke ground in October 2018. 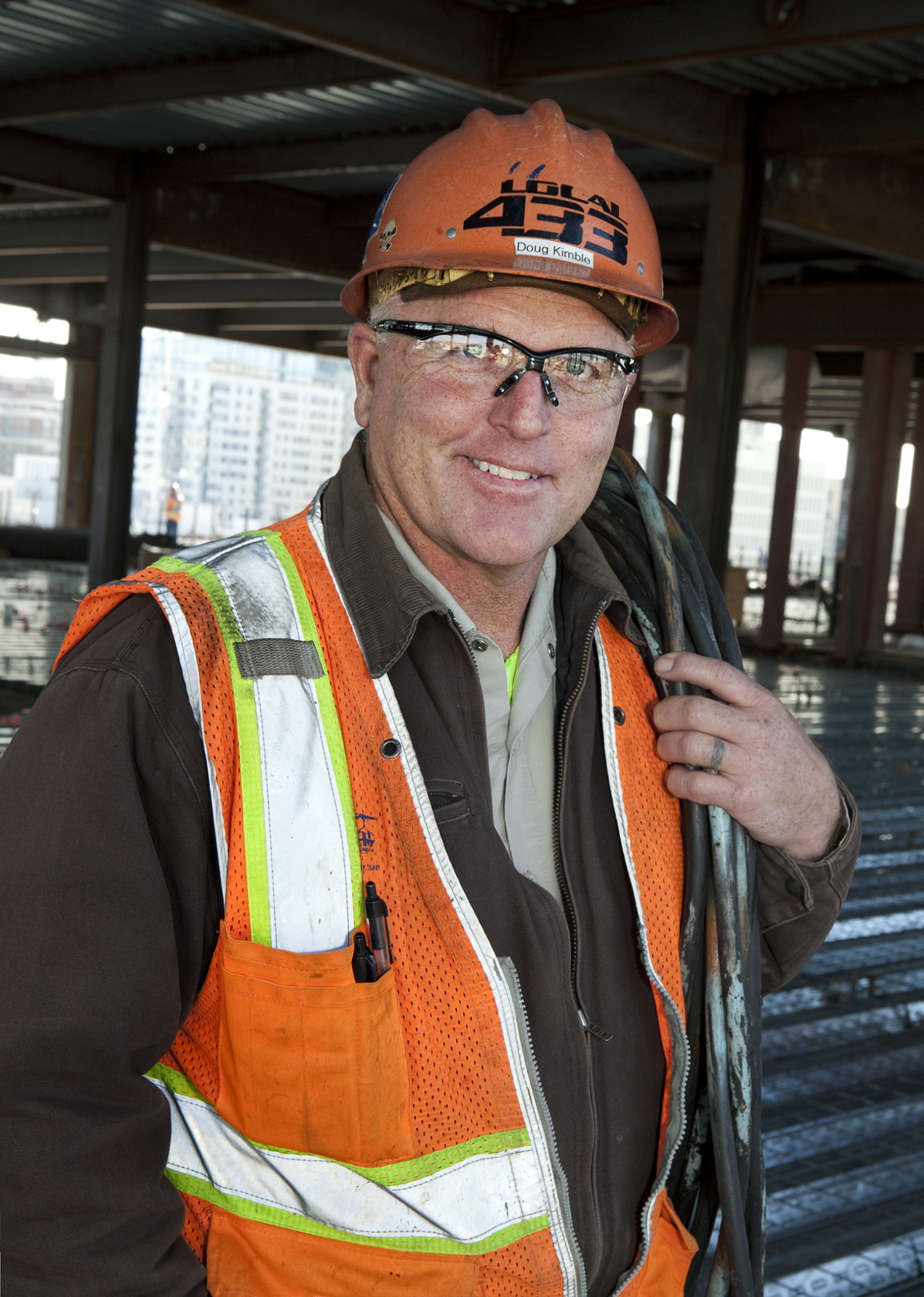 The offices are part of a larger redevelopment of the Vermont Corridor. In the coming years, a new senior housing complex will supply 72 units, and an older office building will be converted into market-rate housing.

The project covers a wide range of work the Building Trades are starting to perform in partnership with Los Angeles County.

The PLA with the county targets local residents for hiring, both those who live within a few miles of the project and all LA County residents. The provision shortens drive times and gets workers home to their families, and many local union members on the job said more family time is a nice added benefit.

“I love working at this site,” says Javier Hernandez, 46, a taper foreman for IUPAT Local 1136 Drywall Finishers. “We tape all the joints to get it ready for the painters. The location is not too far from me—I get to go home to my family at the end of the day.”

Jason Alvarado, an apprentice with UA Local 78 Plumbers, bolts in a storm drain. The 39-year-old said he loves that he’s able to see his daughter in time to coach her practices and help with homework. “There’s a lot of people that didn’t necessarily have a father around,” Alvarado said. “I get to be involved in their lives and that’s important to me.

“I enjoy what I do,” adds the father of three, who was working in retail management previously. 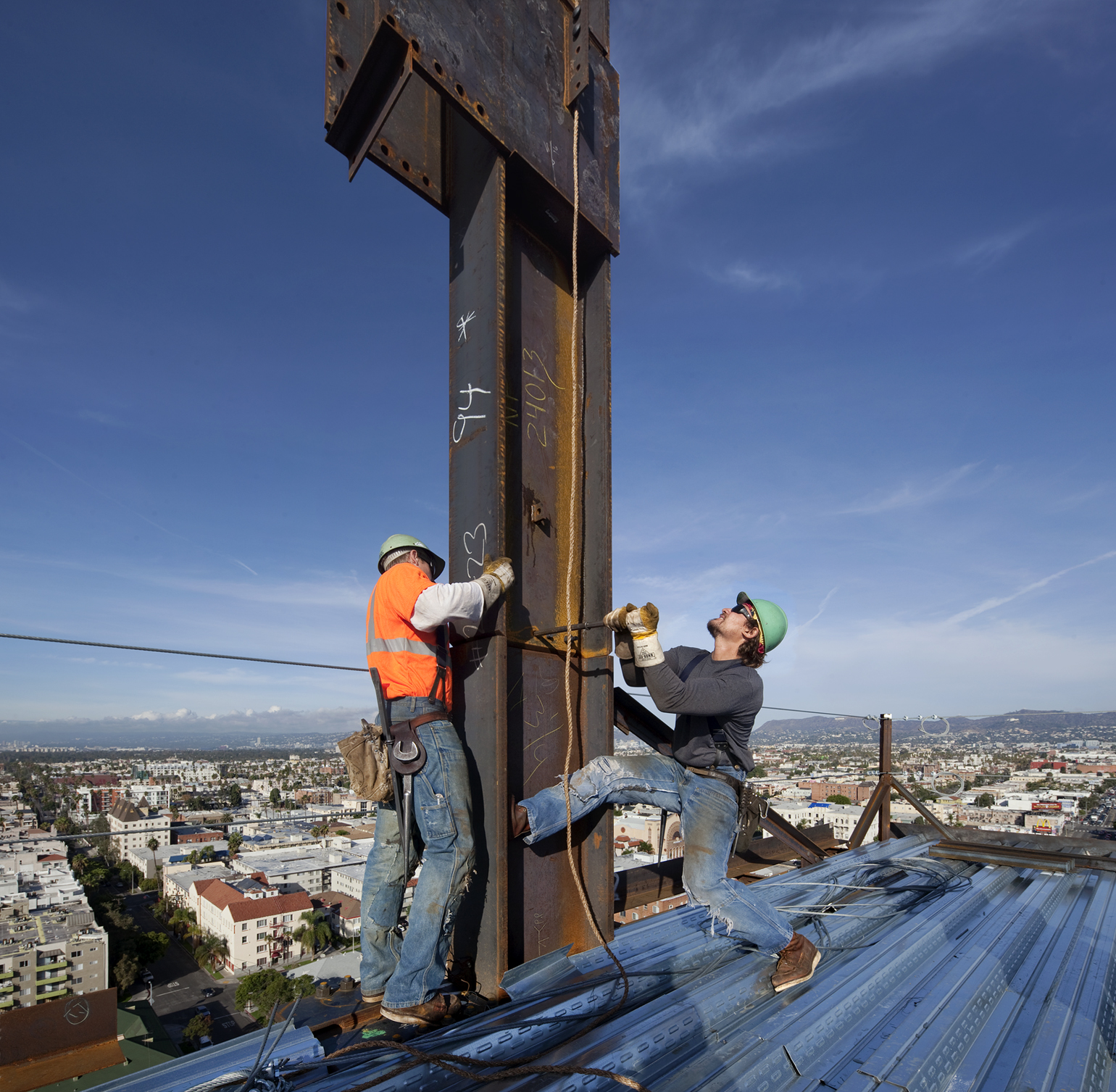 “This is a better opportunity for my family overall. I’m actually pretty satisfied I’m in the union. There really is brotherhood to teach you to be the worker they need. They mold you into the journeyman that they want you to be for the company.”

Building Trades members are constructing the structural steel tower over a concrete podium that will provide parking. As the floors go up, so do the views of the Hollywood Hills.

Despite the building’s construction at a fast pace, everyone on the job site puts safety first.

“We make jokes, but not about each other’s work,” said Jared Velasco, Iron Workers Local 433 journeyman. “If you slip, even if you’re tied-in, it hurts.” 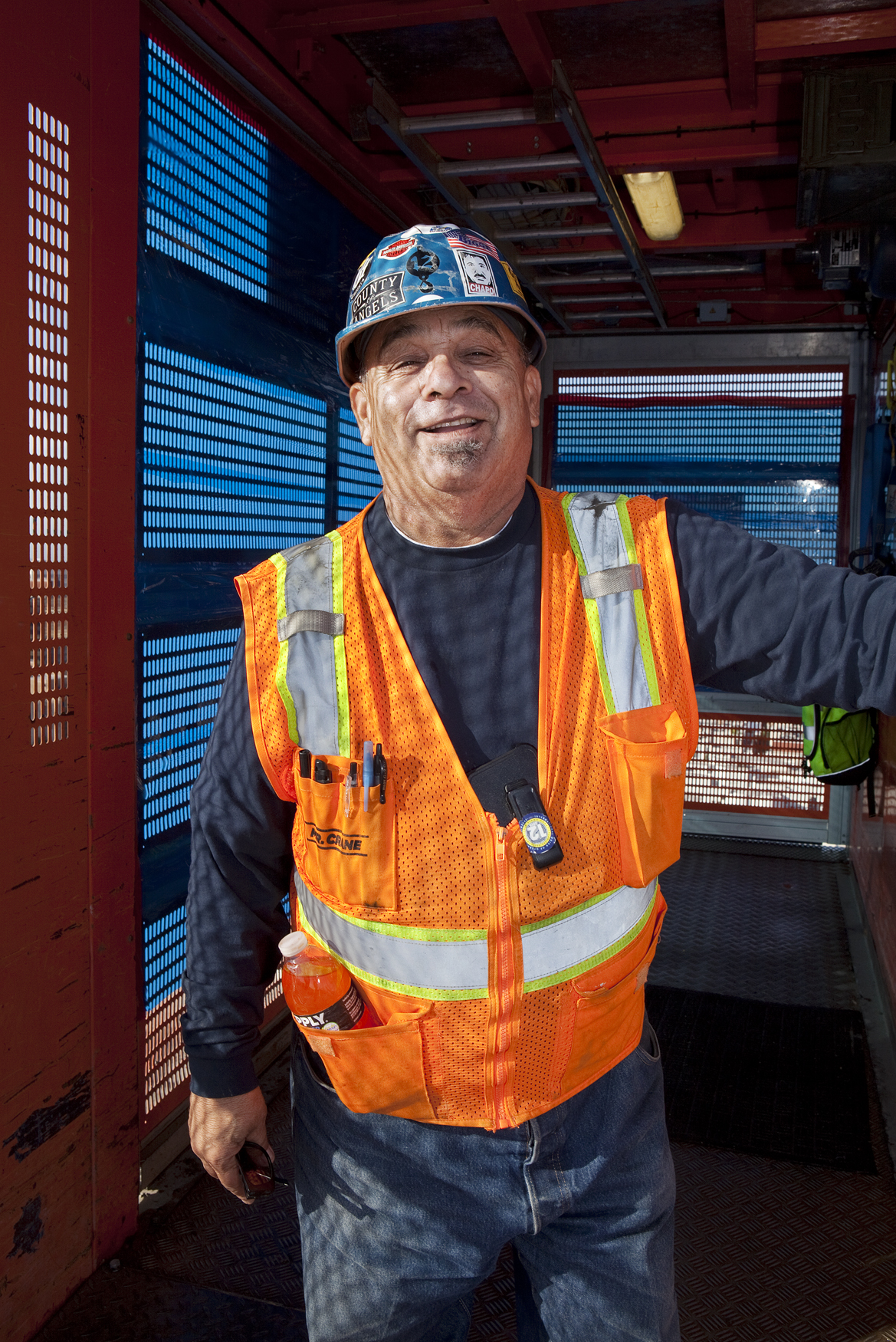 “I get to watch my city being built every day,” says Richard Alarcon, Operating Engineers Local 12 journeyman.

His bolt-up foreman, Albert Gomez, lost his finger on the job years ago. Gomez said he was lucky they found his finger to sew it back on. He wriggles it and smiles.

“You don’t know when it’s going to happen, but you do what you can to just always stay alert,”

Gomez said. “Try not to do the same thing again.”
Gomez, who drives from La Puente, says he wants his men to get home to their families.

“To whom much is given, much is required,” says Brandon Trujillo, 49, an Iron Workers Local 416 journeyman since 1988. “We don’t work for pennies.

“We work hard to get the work done. Any time we’re doing a job for the county, you know it’s a good building with the intent of making it last forever, without cutting any corners.”

Johnny Ayala, 37 is laying conduit. Ayala is an IBEW Local 11 journeyman who has been in his Trade for six years. 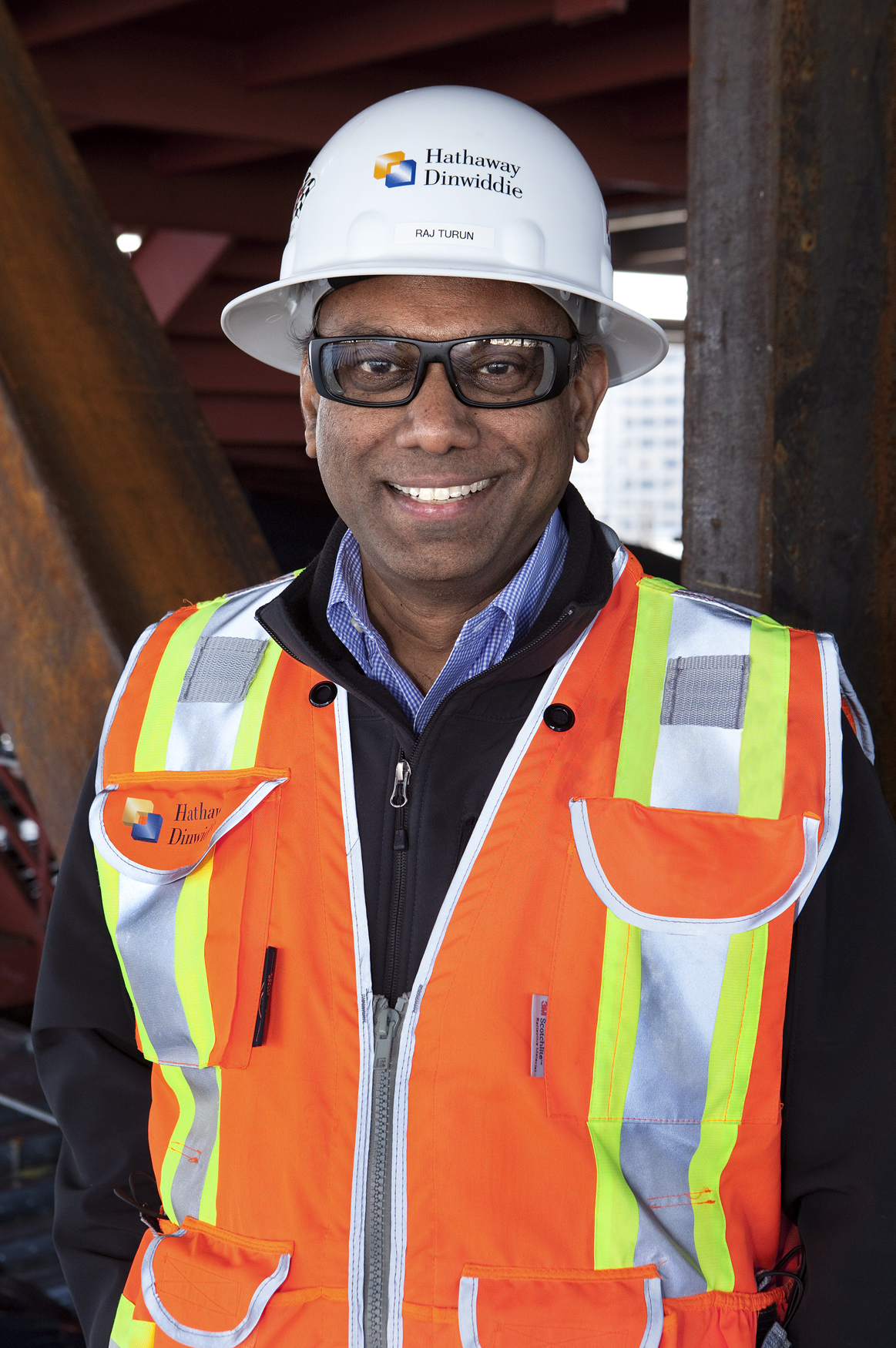 John Urbik, 33, an apprentice with UA Local 250 Steam & Pipefitters, says, “I’m learning a whole bunch of stuff that I never thought I’d learn. It’s great, a new Trade for me.”

Hathaway Dinwiddie senior project manager Raj Turun has been guiding the on-time and on-budget work despite more than a dozen weather delays, with heavier rain than usual. He said he’s proud the site has had zero lost-time injuries.

“The project requires a lot of coordination, safety monitoring and oversight to ensure a safe and productive site with very little room (for error).”