The Paul Law Firm has been representing the brothers and sisters of the Building Trades since the 1980s. They pride themselves on their relationship to labor and the track record of success for the men and women of the Trades.

Over the past four decades, the Paul Law Firm has secured more than $3 billion in verdicts and settlements for the membership. Over 500 members have won verdicts or settlements in excess of $1 million. But the fight is not over; the firm continues to press on. 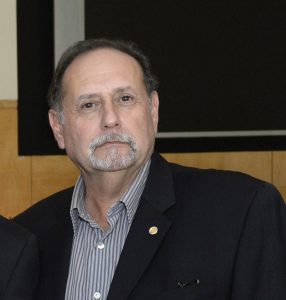 Another aspect that sets the Paul Law Firm apart is the understanding that the fight doesn’t stop in the courtroom—it also needs to happen in the lab.

Dr. Parkash Gill, a Board Certified Oncologist and head of the Translational and Clinical Sciences Program at the University of Southern California, spearheads research for the foundation. Elizabeth Ann Paul, Jerry’s wife, serves as the Executive Director of the foundation.

Both 2020 and 2021 have been a rollercoaster of shutdowns and economic uncertainty, and the Mesothelioma Research Foundation of America has not been untouched. Many of our fundraising efforts had been placed on hold or cancelled but our fortunes turned last August. We were first blessed by the very generous sponsors of the Roger Hamilton Golf Event, led by International Heat & Frost Insulators General Secretary-Treasurer, Doug Gamble, and Western States Conference International Vice President, Mel Breshears, when they collectively decided to gift the proceeds being held for the event! 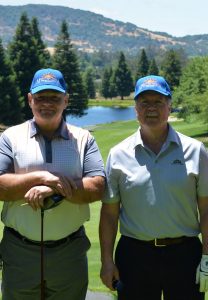 The California States Pipe Trades then began planning the “Aim to Cure Mesothelioma” clayshoot with the unwavering support and leadership of Foundation board member, Jim Kellogg, and CA Pipe Trades Executive Director, Aaron Stockwell. Following this event, the Southern California Pipe Trades District Council 16 held their “Aim to Cure Mesothelioma” event in October, thanks to the leadership of Business Manager Rodney Cobos and Organizer, John Ferruccio.

It was at the Moore-N-Moore Sporting Clay Facility in Lakeview Terrace that Dr. Parkash Gill gave a progress report stating, “The FDA has approved, already in solo clinical trials, EphB4, to be used in combination with Merck’s PD-1 immunotherapy drug together in new FDA approved clinical trials. This combination was developed at my lab at USC Norris Comprehensive Medical Center. These two successful non-chemo drugs attack together the Mesothelioma solid tumor as they also cut off the vessels that feed the tumor. The PD-1 immunotherapy drug was developed by the Merck pharma company.”

Despite the odds, the Mesothelioma Foundation of America and our partners helped generate over $210,000. Jerry pays all of the administrative costs out of his own pocket so that 100 cents of every dollar donated can go toward research.

Jerry and the Paul Law Firm encourage members of the Trades to use the least-invasive method to screen for asbestos-related disease. The X-rays should always be read by a Board Certified Radiologist and B Reader with a specialization in asbestos exposure to ensure the greatest accuracy. Screenings can reveal bilateral calcifications, bilateral pleural thickening and scarring of the lungs and other maladies indicative of asbestos exposure. The screenings increase the chances of early detection, which is critical so that medical treatments produce the desired result.

The Paul Law Firm looks forward to continuing to advocate for the Building Trades in the courtroom and the lab. For the Trades, the Paul Law Firm’s door is always open.