The US House has passed the HEROES Act, which is now waiting for Senate approval. With the country in upheaval over the issue of police killings and inequality, the economic damage of the Coronavirus pandemic is continuing as well.

House Speaker Nancy Pelosi (D-San Francisco), on a call with reporters soon after the passage of the CARES act, talked about beefing up a $760 billion infrastructure bill that House Democrats released in January. It would, among other things, build community health centers, broadband and clean water projects.

Noting “we are a consumer society,” Pelosi said the most important step the federal government can take for the nation’s economy is to “put money in the pockets of America’s working families to remove all doubt they will have at least some resources.” She also talked about expanding the term of unemployment insurance and providing more loans to small businesses struggling to survive.

The needs of American’s 11 million construction workers so far have been overlooked by Congress in its stimulus legislation and the next bill should remedy that, said Ken Rigmaiden, General President of the International Union of Painters and Allied Trades, with members in all U.S. states and throughout Canada. IUPAT is affiliated with North America’s Building Trades Unions (NABTU). 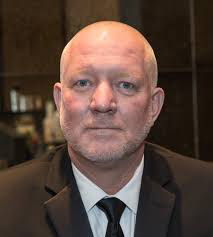 Rigmaiden has proposed a four-stage “Action Platform for Working Families.” It calls for providing unemployed workers with immediate cash and extended medical leave, health care protections for both the insured and uninsured, bolstering retirement plans and investing in American infrastructure.COVI

Building Trades members are particularly vulnerable to economic downturns, Rigmaiden said, because they are hourly workers who, unlike workers in some other industries, don’t receive paid leave. “If we don’t work, we don’t get paid.”

Rigmaiden said when construction workers are laid off either temporarily or for the long term due to spread of the Coronavirus, they need cash assistance to pay their living expenses. He is calling for the federal government to “aid contractors in extending medical leave to employees so they can weather this storm.”

“Workers covered by collective bargaining agreements need to be included in any family, medical and paid sick leave proposals,” Rigmaiden said. “There cannot be limits on the number of employees and days worked to include all workers in these critical measures.”

Rigmaiden also is calling upon the federal government to subsidize the COBRA safety net for construction workers who are in grave danger of losing their work-related health insurance coverage if they are laid off and unable to find new work.

The Consolidated Omnibus Budget Reconciliation Act (COBRA) gives workers and their families who lose their employer health benefits the ability to pay to continue the benefits for a limited period of time. But for many facing extended unemployment, the price for COBRA may be unaffordable.

The IUPAT president estimated that at least half of construction sites across the country already have been shut down. “Supporting construction workers begins with ensuring they have access to medical care and prescriptions by shoring up the health coverage that thousands are losing every day as layoffs sweep across the industry,” Rigmaiden said.

NABTU also is calling on the federal government to invest in multi-employer pension plans  like those construction workers are counting on to secure their retirement. The financial value of these plans is being threatened by the volatility of the stock market and a projected loss of work hours and contributions, says Sean McGarvey, President of North America’s Building Trades Unions.

Lastly, IUPAT contends, “Any stimulus package should include a plan to quickly put America’s construction workers back to work once this pandemic is under control” by investing in infrastructure.

“In the short term, we need to be looking at emergency appropriations to support our weakened public health infrastructure, especially hospitals,” the union says, while in the longer term “recovery efforts should focus on creating jobs for millions of workers and strengthening our country’s essential infrastructure like roads, bridges and energy production.”