One hundred years ago, the Building Trades built the Los Angeles Aqueduct. This 419-mile system made Los Angeles what it is today: the second-largest city in the United States. Water flowed from the Owens Valley into our taps, factories, offices, schools and gardens.

In 1933, construction started on the Colorado River Aqueduct, creating a source of water for all of southern California, and helping Orange County rise in population.

As we celebrate these great public works, though, the signs are not good for the future. Los Angeles is under a court order to drastically reduce how much water it can take from the LA Aqueduct. Orange County imports more than half its water, including from the Colorado River Aqueduct, and also faces insecurity about how long that will last.
For 100 years, our water policy has been based on taking from the mountains of eastern California, and shipping the water to the people on the coast.

Well, the people who live in the mountains want their water back.

Temperature Is Getting Hotter

The Building Trades are doing our part. Recently, more than 150 of our Building Trades local union leaders and members spent 10 hours at a hearing to advocate for the Poseidon desalination plant in Huntington Beach.

This facility will be built under an all-union agreement with the Building Trades. It will produce 50 million gallons of drinking water a day, using a reverse osmosis process to remove the salt from the seawater. It will join 14,000 desalination plants, all over the globe, that are producing vitally needed water for an ever-growing population. It will supply 8 percent of the county’s water.

The Building Trades have the skill. The scientists have the technology, which is getting better every day. Together, we can make these projects a reality.

What’s missing is the political will. The day ended in a draw. The Poseidon project has been sent back for more study, which will push construction back by between one and five years. The state requires 27 steps to approve a desalination plant, and it looks like this one will have many more to go. A similar plant in Carlsbad, now under construction, took 10 years to permit.

The environmentalists who argued to block the Poseidon project say their objections are scientific. Desalination plants, they say, will endanger fish and fish eggs when sea water is sucked into massive pipes.

Well, there are solutions for that. With the popularity of desalination worldwide, there are many methods of designing a plant. Those objections can be answered and fixed.

What concerns us is the other message that was sent that day. It’s a message of “No,” rejecting everything new, no matter what benefit it will produce. We see that in the arguments against the BNSF SCIG railyard in the Port of Los Angeles, the 241 toll road extension in Orange County and the AES replacement power plant in Redondo Beach. In all these cases, the first wave of opposition comes from environmentalists. But scratch that surface and you’ll see that while many environmental concerns can be addressed and fixed, the objections remain.

Something else is driving this. It’s like the gridlock of the government shutdown that paralyzed our country in October. A small group took over and said, “If we can’t have our way, nothing’s going to get done here.”

We’re a democracy, and everyone has a voice. There’s a point, though, when it becomes clear that small groups are pushing only their own elite interests. Did you buy property near the beach 40 years ago? Fine, you’re duked in. Go ahead and veto any project you don’t like. Did you just spend a few million dollars to move into a waterfront home? Okay, move to the front of the line. Do you live a mile or so from the ocean and simply want a job, clean drinking water and a nice neighborhood for your family? Sorry.

These petty games are now rising to a significant level. The objectors are playing with life-and-death issues. The coming water crisis is real, and it will be major. Too many people think that water comes from a bottle. It doesn’t. It comes from a complex system that draws water from a large number of sources, and we can only control part of it. We’re giving up what control we do have when small groups hijack our projects.

A War for Water 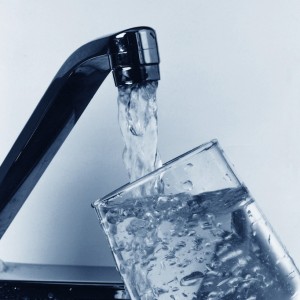 Right now, scientists are “seeding” clouds in the Sierra Nevada with silver iodide so they’ll let more snow fall, adding to the snowpack that melts into water. It sounds like science fiction, but it is a harsh necessity. By comparison, tapping into our vast ocean for a small percentage of our clean water makes more and more sense. With recycling and replenishing our groundwater, we will move to a more self-sufficient system, and in 35 years, we won’t be in a “war of all against all” for water with our northern neighbors.

At the time William Mulholland designed the aqueduct, our society was in a forward-moving mode. The railroad had crisscrossed the continent. Henry Ford opened the first conveyor-belt-based assembly line for cars. The Wright brothers introduced their “Model E” airplane.

We can do at least as well today. Far better, in fact, because we have more technology on our side. We must let the politicians know: They need to start planning for the future instead of retreating into the past.