Gerald Desmond Replacement Will Create Thousands of Jobs with PLA

At the Port of Long Beach, a project to replace an aging bridge isn’t just resulting in the creation of a new structure. It’s also creating a different kind of pathway, one that leads members of the Building Trades local affiliated unions to steady, well-paying jobs.

Groundbreaking was held in January for construction of a replacement for the Gerald Desmond Bridge, a 44-year-old, 5,100 foot long and 410 foot high span connecting Long Beach to Terminal Island in the Port of Long Beach. 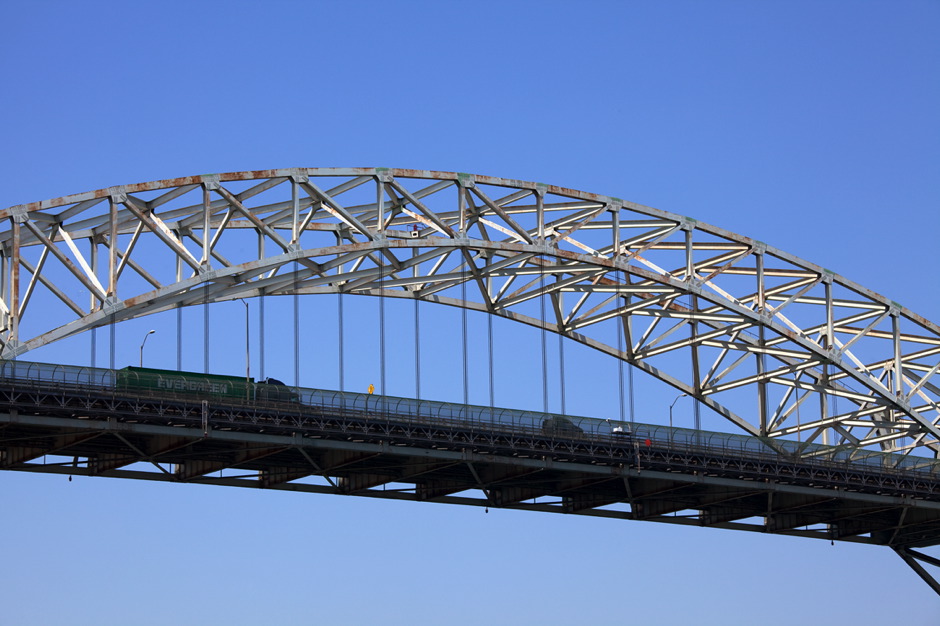 The Gerald Desmond Bridge was built in 1968.

It’s kicked into another gear now with the demolishing of the final sections of the Pier T Avenue off-ramp, west of the existing bridge.

The new bridge will be built before the old one is torn down. 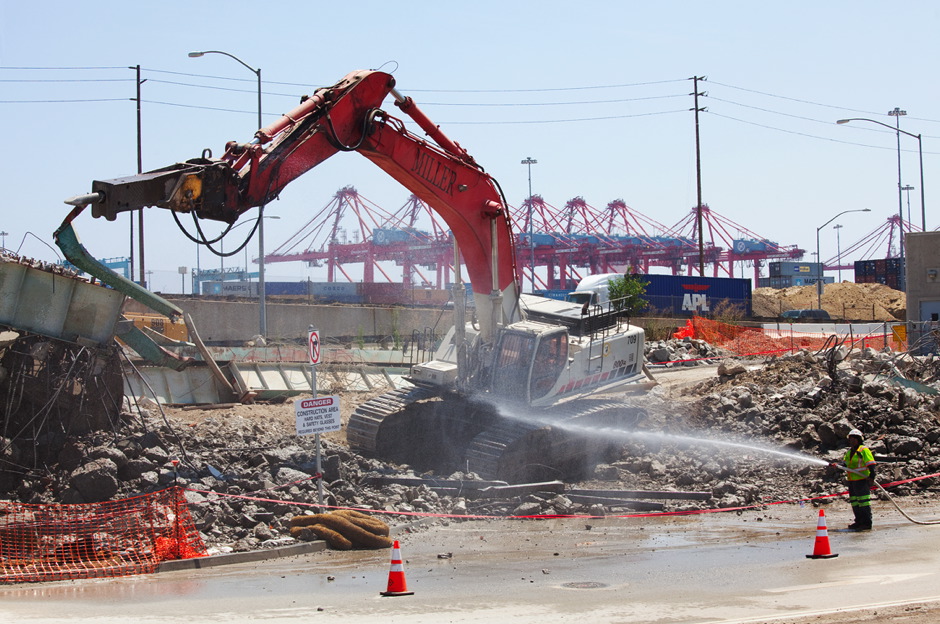 Work on the bridge is being performed under a Project Labor Agreement with the Los Angeles/Orange Counties Building and Construction Trades Council, unanimously approved by the five-member Long Beach Harbor Commission in 2012. Construction will generate as many as 3,000 jobs each year for the next several years.

“The harbor board and the city have been very supportive of PLAs, and you see that reflected in these projects,” Port of Long Beach spokesman John Pope told “Building Trades News” during a recent visit to the building site.

Pre-construction began over a year ago, with work on the soil in the area. About 100 active and inactive oil wells had been drilled on waterfront property over the decades.

“The port was built on an old oil field, so there are a lot of wells that were abandoned and not always in the best manner; a lot of times, they used dynamite to explode the old wells,” Pope explained. “We have to recap those wells in an environmentally sensitive manner.”

That work is nearly wrapped up, and a more visible construction phase has started with the off-ramp demolition.

The new $1 billion bridge is a joint effort between Caltrans, which put $500 million toward the project, and the Port of Long Beach, which provided $114 million. Additional funding is also coming from the U.S. Department of Transportation and the Los Angeles County Metropolitan Transportation Authority.

Principal bridge construction is projected to take about three years, finishing in the summer of 2016. The construction contract was awarded to a joint venture team headed by Shimmick Construction Co., FCC Construction S.A. and Impregilo SpA, collectively doing business as SFI.

Currently, about 100 Building Trades workers are on site on any given day, including Electricians, Iron Workers, Laborers, Operating Engineers and Teamsters.

“Most of what they doing right now is doing test piles,” Wolcott said. “They’re drilling down about 100 feet into the earth, setting up rebar, setting up concrete, to figure out if the techniques that they’re going to want to use to build these piles are the best techniques.”

Additionally, a lot of electrical work is already being performed on site.

“They’re still working on relocating the utilities, and this has been going on for about a year and a half,” Wolcott said.

“Once you start to get into the second, third, fourth phases of it, you’ll start to see more Electricians coming in,” Faavae explained. “Once the bridge is actually built, that’s when you’re going to start to have more Electricians out, because there’s going to be a lot of lighting.”

The port says the new bridge is desperately needed; the current one presently handles about 18 million trips a year. In its most recent Caltrans inspection, the bridge received a score of 48 out of a possible 100 due to its deteriorating condition.

“The Gerald Desmond Bridge is aging, it’s obsolete and it’s really outlived its useful life,” Pope said. “It was built in 1968 and container ships are now about six times as big as they were when the bridge was built.”

The current structure also has one of the lowest height clearances of any seaport bridge, about 155 feet. With the new bridge, the clearance will be raised to about 200 feet.